Continue the Hunt in Crysis 3 with The Lost Island DLC!

Crysis 3 players can now take aim in an exciting new setting thanks to the arrival of our Crysis 3: The Lost Island DLC expansion pack. Featuring new multiplayer maps and game modes, and two brand new weapons, the DLC invites players to return to the scene of the original Crysis by taking up arms on a remote tropical island off the coast of Lingshan.

Available in the US from today (June 4) and the rest of the world tomorrow (June 5), The Lost Island DLC invites players to compete on the new Ascent, Coastline, Creek and Crossing multiplayer maps; trying their hand at the new ‘Frenzy’ and ‘Possession’ game modes at the same time.

Nexon and Crytek Sign Deal to Operate Warface in Japan

“Expanding Warface to Japan is a very important step for us,” said Cevat Yerli, CEO & President of Crytek. “Since it’s a global IP, this move perfectly underlines our strategy in sharing the game’s unique action with gamers around the world. Nexon is a very trusted partner; they have shown us tremendous results in South Korea, where Warface just entered Open Beta after receiving highly positive feedback from gamers during Closed Beta, and we are sure that they will play a key role in ensuring Warface’s success in Japan as well.”

The news that Warface will be coming to Japan is yet another achievement for both Crytek and the game’s publishers after hitting ten million users in Russia and successful Closed Beta phases in Europe and South Korea.

The Art and Technology behind Crysis 3 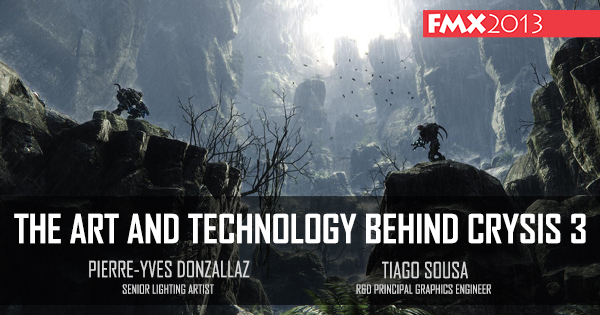 This session covers the visually acclaimed Crysis 3 videogame, powered by the CryENGINE 3, both from a technology and art perspective. Readers will learn about the key techniques from this project such as the rendering pipeline, lighting and materials, high dynamic range usage, anti-aliasing and post processing. 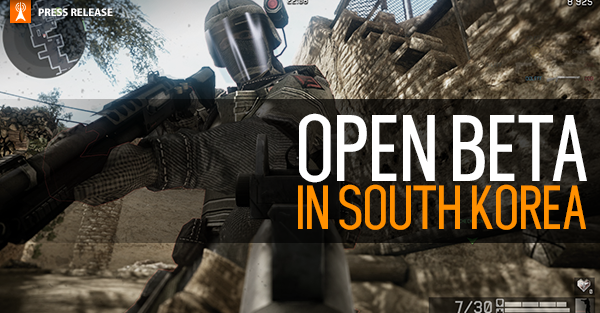 Operated across the country by leading online publisher NEXON Co. Ltd., Warface has proven a hit with South Korean players during its Closed Beta phase, and was named Best FPS at the 2012 G-Star expo by popular Korean gaming site, Inven.

“Warface is finally launching in Korea after making its Closed Beta debut in September last year,” said Jung-Bae Lee, Director of Publishing at Nexon. “We will challenge the FPS game market with the game’s unique content and strive to match the  expectations of Korean gamers waiting for an authentic FPS game.”

“The popularity of free-to-play gaming in South Korea has been a source of inspiration for Crytek, and we couldn’t be more excited to see Warface entering an important new phase in the country,” said Joshua Howard, Executive Producer, Warface. “So far, the reaction to Warface from players has been extremely positive. Alongside Nexon, we look forward to sharing the game’s unique action with many more gamers across South Korea, and inviting them to enjoy the thrills and spills that have already captivated players in the Closed Beta.”

The news that Warface is entering its Open Beta phase in South Korea comes hot on the heels of the announcement that the game attracted nine million users during its first year online in Russia. 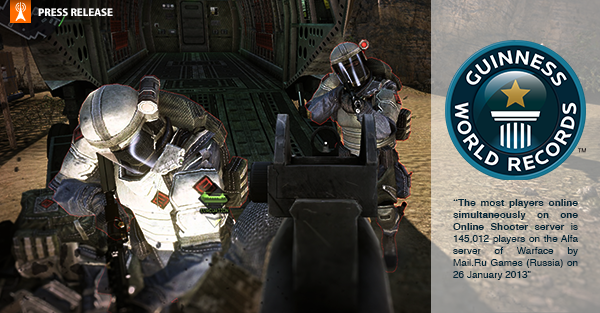 The record-breaking play session was coordinated by Mail.Ru Games, a leading internet service provider and online games publisher who operate Warface in Russia. The news that over 145,000 Russian Warface fans enjoyed the game simultaneously follows on from the announcement earlier this month that the game has attracted over 9 million registered users in Russia during its first year online.

“Warface stands out from other shooters for many reasons,” said Vladimir Nikolsky, Vice President of the Games Division at Mail.Ru. “The fact that it’s created with CryENGINE® 3, its exciting co-op and versus modes, and the constant updates to the game world all set it apart and have helped to ensure its popularity with players and press. We’d like to thank everyone who has supported Warface so far, especially our players, who made this record possible.”

Warface first went live in Russia in April 2012, and was named “Game of the Year” at the Russian Games Developer Conference. Players in Russia and other territories served by Mail.Ru enjoyed regular updates to game content that included 45 new weapons, 10 unique character skins and 11 new maps.