Nexon and Crytek Sign Deal to Operate Warface in Japan 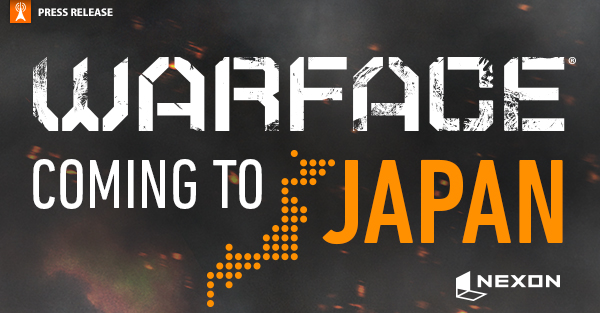 “Expanding Warface to Japan is a very important step for us,” said Cevat Yerli, CEO & President of Crytek. “Since it’s a global IP, this move perfectly underlines our strategy in sharing the game’s unique action with gamers around the world. Nexon is a very trusted partner; they have shown us tremendous results in South Korea, where Warface just entered Open Beta after receiving highly positive feedback from gamers during Closed Beta, and we are sure that they will play a key role in ensuring Warface’s success in Japan as well.”

The news that Warface will be coming to Japan is yet another achievement for both Crytek and the game’s publishers after hitting ten million users in Russia and successful Closed Beta phases in Europe and South Korea.

NEXON Co., Ltd. (“Nexon”) (3659.TO) is a worldwide leader in free-to-play online games. Founded in Korea in 1994, Nexon developed one of the world's first graphics-based massively multiplayer online games. Nexon also pioneered the concept of microtransactions and the free-to-play business model, setting a new standard in which play is free, and users have the option to purchase in-game items to enhance their experience. Nexon currently services nearly 60 online games in more than 100 countries and since its founding, Nexon has generated more than 1.4 billion player registrations. The Company is headquartered in Tokyo, Japan and its shares are listed on the Tokyo Stock Exchange.