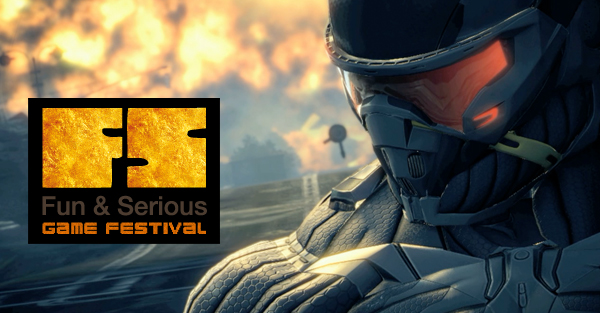 We are incredibly proud to announce that Crysis 2 received the award for “Best European Soundtrack” in line with the “Fun & Serious Game Festival” on November 8th  held at the Campos Elíseos Theatre in Bilbao (Spain).

The “Fun & Serious Game Festival” was established in 2011 in recognition of the best European developments of the year, that is, as a reward to the work of artists, developers, directors and producers in the video game industry.

In its first edition, the Fun & Serious Game Festival seeked to strengthen recognition and promote the activity of video game professionals in Europe. It was also aimed at consolidating the video game industry in Spain and the European continent.

The awards have been granted to the best productions and most brilliant careers in the video game industry, both for games developed for fun and for those fulfilling cultural, educational, healthcare, or or corporate purposes.