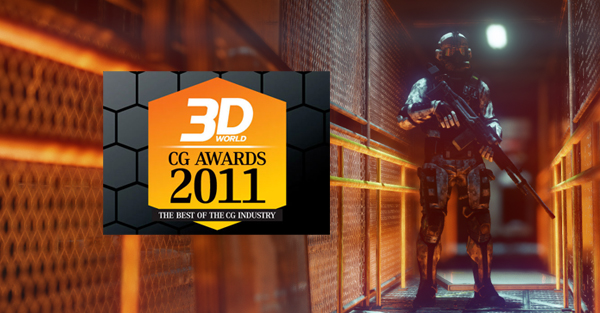 We are incredibly proud to announce that the critically acclaimed video game, Crysis 2, received this year’s 3D World CG Award in the category „Videogame Graphics of the Year”.

“Winning this CG Award for Crysis 2 is an exceptional honor for us, since it rewards the hard work that our team is doing every day to achieve our, admittedly, ambitious goals”, states Cevat Yerli, CEO and founder of Crytek.

He continues: “With the release of the PC-exclusive Crysis 1 back in 2007, we wanted to push our technology as far as we could. The fact that the game is still, to this day, being used for graphics benchmarks underlines our success in doing so and is the best credit that we can ask for. However, when we began Crysis 2, we were presented with the challenge of making it look even better than its predecessor. So in this case, being called 'the leader in computer game graphics' has been a blessing and a curse. Everyone who knows Crytek also knows that we love challenges. So we happily accepted this one, and made Crysis 2 the best-looking game to hit this generation.”

As videogame technology marches ever onward, so do the requirements of the gamer. According to the award judges Crysis 2 delivers the best art and production design, texture and shader work, character animation and visual effects and was thus the first choice for the award.

The world’s leading magazine for 3D artists and animators, 3D World has been at the heart of the CG industry for over 10 years. The 3D World CG Awards celebrate the artistry and technology that continues to wow audiences the world over. The awards recognize the work of the entire CG entertainment industry: from software and hardware developers who give us the tools and engines to drive creativity to the artists and technicians involved in pushing the boundaries of CG illustration, animation, visual effects and arch viz