Introduction
As the last dev blog we provided you was so well received, we’re giving you another update on the progress of the latest Crysis Wars update, due out in the not too distant future. Patch 1.1 was released on the 4th November, but even before it’s release the multiplayer team had begun work on Patch 1.2, the next patch for Crysis Wars. Now that 1.1 is out the team has fully moved across to focus on 1.2.

Not only did the first update feature the Linux dedicated server and the 64bit binaries, but the team also fixed an issue with CryNet which prevent people from being able to add a server to their favourites list for more than 1 gaming session.

Patch 1.2
In this patch you’re going to see plenty of game balancing issues fixed and several other issues getting resolved. The team has been hard at work testing all the updates that are included in the patch and things have been carefully tweaked to make sure you guys get given a great update that you’ll all be really happy with. You'll be seeing several stability issues solved with this update, as well as lots more game balancing issues and exploits fixed to be fairer for everyone.

We have been monitoring the forums continuously over the past few months and have been seeing all of the information you have been gathering for us. For example there are many threads in the Bugs and Technical Support Forum and Feedback and Suggestions forums that have really helped us focus on what the community wants to see. 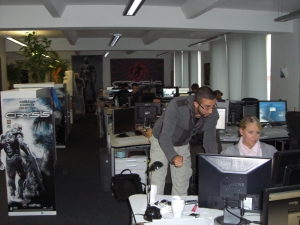 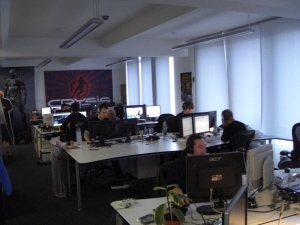 Conclusion
The patch is still a little while away, but we’ll have another update for you in the near future, which will include a lot more details on the patch and information on when it will be released, and of course once again how you can get hold of the patch itself.