Welcome to the “Crysis Monthly Update #6", the monthly report for our world-wide community. This time around we’ve got even more to share. We're bringing you all of the information from our Crysis Wars Trial weekend, including the play the devs event and the tournament held throughout that weekend. We've also got a round up of all our competitions throughout this month, and the ones going into next, our first Esport recap, all about where you can play Crysis Wars competitively, the community update corner and Patch 1.1 Information for Crysis Wars!

Crysis Wars Trial Weekend
As many people will know, this month we hosted our first ever trial weekend for Crysis Wars. Everyone seemed to really enjoy themselves and it was really easy to find a packed 32 man powerstruggle server where everyone was having fun.

The weekend saw not only the Wars free trial weekend but we also offered you the chance to meet up with and play against our devs for 6 whole hours on Friday 10th October. We definitely had a lot of fun, and we really hope that you guys enjoyed being able to play against the developers and creators of the new maps featured in Crysis Wars.

Crysis Wars Play the Devs
We we’re really pleased with the turnout and we even spilled over into the Crytek Test Server to give all those people who were queuing up and extra chance to play against us. Many people in the community have proudly displayed their screenshots of us at the Crytek office being owned by them, although it was rare.


We’ve compiled a list of news pieces below, all of which relate to the trial weekend. Thanks once again for all those of you that took part in the weekend, we got some really valuable feedback and had a lot of fun, and hope to see you all posting on the forums and being an active part of the community in the near future.

Crysis Wars Weekend Blitz
If all that wasn’t great enough for the trial weekend, GameRigs.com also offered you guys a chance to play in their ‘Crysis Wars Weekend Blitz’ this was a mini tournament they held for the duration of the weekend which gave players the chance to win some really great prizes. NinthGaming took away the title and won themselves some brilliant prizes, which can be seen below.

Prizes:
• Each member of the winning team (clan), up to 4 players, will receive a NVIDIA GeForce-based video card and a Case Ace GearGrip G2 Carrying Harness.
• One out of the four members of the winning team will be randomly chosen to receive a Crucial Ballistix 4GB DDR2 Memory Kit and a Tritton AXPC True 5.1 surround sound gaming headset.

MyCrysis Signature Competition
With the opening of MyCrysis.com we also hosted our first competition exclusively for MyCrysis members. With the new forum, it was time for people to design new signatures to fit in with the theme of the site. To make it extra fun, we offered prizes to those who were able to create the best signatures out of some 50 people who enter the competition. You can see the winners and their prizes below.

We really loved this entry, everyone at the office really appreciated the humor behind it, and thought it was fantastic. So C.ryptiK you've earned yourself the following prizes:
A signed copy of Crysis Warhead, Crysis Warhead Tshirt, Crytek Notepad, Crysis Lanyard

SiC has earned himself the 2nd place with this great entry. Simple, yet very effective, and is the exact thing in mind when we gave you guys the brief.
Crysis Warhead Tshirt, Crytek Notepad, Crysis Lanyard

MyCrysis Spooky Scenery Competition
For those of you that weren’t with us when this competition was hosted, or simply want another chance at winning some more great prizes we’re now hosting the ‘Spooky Scenery Contest’. This contest shall run right the way through November and we’ll be announcing the winners at the end of next month, this is to give you guys the best chance to produce some really great work, for your chance to win plenty of great prizes.

Halloween Is nearly upon us, and to help celebrate the holiday we’re giving you yet another chance to get your hands on some fantastic prizes! Anyone can enter to be in with a chance of winning.

This contest is all about scary atmospheres and spooky scenery. All you have to do is jump in game, or fire up the Sandbox2 editor and create yourself a really creepy scene, or capture an image from an already existing one. You can use any custom assets you want, just try and make it as scary as you can, and be sure to try and throw in some Crysis references. Then simply take a picture of the scene from the best angle in the best settings and post it in the entries thread. It's that simple! 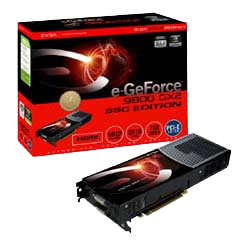 There is still nearly a month to enter the contest, so don’t think you have to rush, take your time and create your best work. Once you’ve come up with something then all you need to do is Post Your Entries Here!

As if all this wasn’t enough we even decided to give you guys a great incentive to spice up the MyCrysis.com community image gallery by offering those with the best captions and the person who uploads every 100th image a prize. This is still on until we hit 1000 images, so be sure to keep putting your screenshots up in our image gallery here.


Crytek Update
Having not reported anything for a little while we gave the community some exclusive information from the Crytek Frankfurt office. We included some pictures of some of the well known figures from within the office hard at work, and also included some info about what’s going on and what to expect from us in the near future. See the original post below:

Introduction
Today we’re giving you a little update on what’s happening here, and what’s to come. The Crysis Wars team has continued to be hard at work on the first Wars patch, and life in the office is busy as always. Here's a few pictures below, Cry-Alex on the left settling into his new role of Game Designer within the Crysis Wars team.

For the full article with details about:
• Crysis Wars Patch
• The Editor
• MyCrysis Site Updates

Esport Recap
As Wars proceeds to have tournaments and leagues hosted all over the web, we’ve been bringing you coverage of all the matches and esports updates as soon as they happen. Here is some of the major events from this month.

Clanbase 1on1 Open Cup
This month the Esport community was quite active and several tournaments have been played. At the beginning of this month the Clanbase 1on1 IA Open Cup started with the Group Stage. Right in the first match week we saw a incredible close and intense game between - Sharkfin and - freaky that was taken as the first MyCrysis.com Match of the Week. Special matches are supported by us with a more in detail coverage allowing other players to be part of the player emotions and game.

Free Trial Weekend
Then right after that the Crysis Wars Free Trial Weekend was held allowing players world wide to try out the game. While the ESL focused on a 2on2 Team Instant Action Quick Cup (MyCrysis Coverage: #1 #2) at that weekend, GameRigs.com organized together with Clanwars.cc a 4on4 Team Instant Action tournament allowing teams from all over the world to win several hardware prizes sponsored by GameRigs.com. Both cups could be finished in time and all winners have already received their prizes.

ESL 1on1 Open Cup
At the same time the ESL announced another 1on1 IA tournament that is supported by Razer with some great gamer hardware as prizes allowing the winners to continue playing on a high level equipped with the best that can be currently bought. 59 players have signed up for this tournament. While most of them are from Europe there are some American players that seem to enjoy taking part in the European Esport community. The tournament is currently making a good progress but there are still many rounds to be played before one player is able to win a prize.

Last but not least we have a good news for all australian players. CyberGamer has started a 4on4 Team Instant Action ladder allowing the Australian Crysis Wars community to enjoy a new experience while playing Crysis Wars on a competitive level.


Community Corner
This is the section where we pull together fun and interesting things that you guys have been working on or found all throughout the Crysis Universe. This month in the Community Update Corner we've got lots of cool things for you to have a look at.

Maximum Ownage
Community member SERSHANT has been busy in Crysis Wars, and displaying some major skill, so he decided to record some of his frags for all of us to see.

Screenshot Giveaway!
To get some more screenshots into out image gallery, we've also decided to give people some incentive. For every 100th screenshot uploaded the person who uploads it will receive a T-shirt, and for those images with the funniest caption, the people will receive a Lanyard. So get some good screenshots and make sure that you get uploading them!

Introduction
Carrying on from the competitions we've been running, and the new Spooky Scenery Contest, we've been noticing that the community screenshot contribution hasn't been as high as we think it should be, so to give you guys some added incentive we're going to be giving a t-shirt away to every 100th image posted in the Wars Community Screenshot Gallery.

As if that wasn't enough, we're also going to be giving away some random lanyards for those people who come up with the funniest caption to go along with their picture. So what more incentive do you need to show of some of those great screenshots you've been saving and dying to display?

Here you'll be able to get some great shots going on, and also there is always a chance of some face time with some of the team around lunch.

This will be running until we hit 1000 screenshots in the gallery, so you've got plenty of time and a great chance of winning something for nothing. So why not have a go. Tell your friends and get them to jump in on the action as well.

How do i upload a screenshot?
All you need to do is go to the Media section of MyCrysis, then onto image gallery, select wars community screenshots section, and you'll see the cthq_content file button. Click that, and the rest is really simple and straight forward. Click the image below to make it full size if you encounter any problems.

So most importantly, have some fun while you're getting these screenshots, and remember, the funniest caption to go along with the image also will get themselves a lanyard!


Crysis Wars Patch 1.1
That's right Patch 1.1 is nearly here! This will be the first patch for Crysis Wars. We're giving you all the details exclusively in the CMU, before the patches release next week. In this patch you will find several updates including the addition of support for Linux Servers and a 64bit version of the game. The full patch list is below. For further information on the Linux Server support then please visit the link located at the bottom of this post.

Changelog
Fixes:
• Fixed: Stand/Prone firing exploit by exaggerating spread of all weapons when transitioning from standing position to prone position
• Fixed: Inconsistency between the HUD score and the score shown in the scoreboard
• Fixed: Disconnection caused by cheat protection for levels saved by the map downloader