Introduction
After a lot of hard work from our Budapest office we’re nearly ready at the point of releasing Crysis Warhead world wide. To celebrate this and the launch of Crysis Warhead and Crysis Wars we are going to be holding an event in Crytek Budapest, the studio at which Warhead was developed. 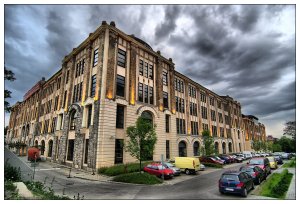 The Guests
Some key members from our fansite community have been invited to attend, and shall spend 2 days at the studio, getting a chance to play through both Crysis Warhead and Crysis Wars whilst also being able to engage the team in a Q&A sessions, just prior to ship date. The event is being held from the 10th – 12th September.

Not only are we giving these guys the opportunity to visit the office, play the games and general spend 2 days in the company of Crytek staff, but we’re also going to be partaking in a unique activity which we’re going to keep a secret, but should be one hell of a lot of fun (be sure to keep checking back regularly for updates on that!)

Crytek Attendees
We are going to have almost the entire Budapest crew in attendance, and also making the trip from our Frankfurt office will be:

So be sure to keep checking back to Crymod, and other fansites over the coming days, as we’re sure you’ll be seeing plenty more information all the way up until release!