To give you all something a little extra to do this weekend, we'd like to give you guys a fun and creative task to keep those brain cells at maximum strength!

The idea is simple. In 3 words, come up with your own slogan for the Crysis universe. You've seen ours; "Adapt. Engage. Survive." and "Adapt. Engage. Dominate." but we're interested to know what you guys would pick if you had the chance. All entries should be on Twitter. If you're not familiar with Twitter you simply need to Tweet @CryTeam with your answer. 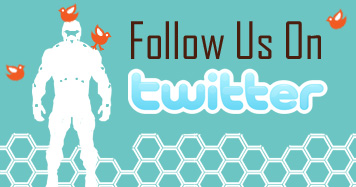 So head on over to our Twitter @CryTeam and send us your best ones. Those of you that come up with some good ones will stand the chance of winning a t-shirt and perhaps some other goodies. This will run across the whole weekend, and we'll announce the winners next week.

Update: Sunday 17th January 2010 on 11:50 CET:
Winners of the Tweet for a T-shirt contest will be announced Monday, but you can still enter until then!