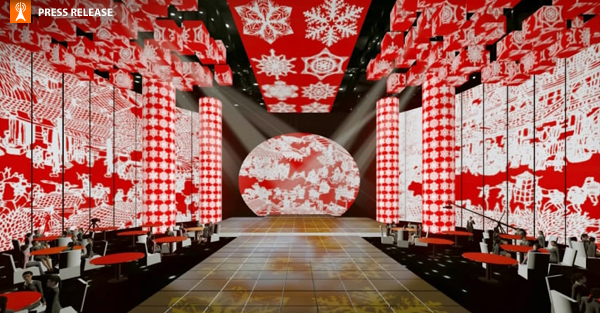 The CCTV Spring Festival Gala Evening 2012, China’s biggest TV production, was successfully delivered in the evening of January 22nd, and according to the statistics, 770 million people watched the live telecasting. CrystalCG Film TV & Media, the digital content provider of CCTV Spring Festival Gala Evening 2012, used the CryENGINE technology to create digital staging & digital rehearsal for the show. For the first time, the evening directors were able to test all their design, layout, lighting, arrangement and staging in a virtual simulation to chose the best one for the show.

"We used CryENGINE to accurately simulate the change of the various stage designs, program switching, mechanical animation and synchronized sound and lighting, we also designed a unified direct cut and broadcast system. The virtual stage system enabled us to imitate the camera position and coordinate the scene. The art director had a direct view of the entire stage backdrop, could easily adjust plans and he could also define the virtual camera with joystick, control devices, rehearsal clips and transitions. The director team used the system as the primary tool for reviews and reports. This is the first time we have combined the concept of digital rehearsal with a real-time engine, and we believe such method will play a more important role in future mega events." said Liu Jian, the president of CrystalCG_Film TV & Media.