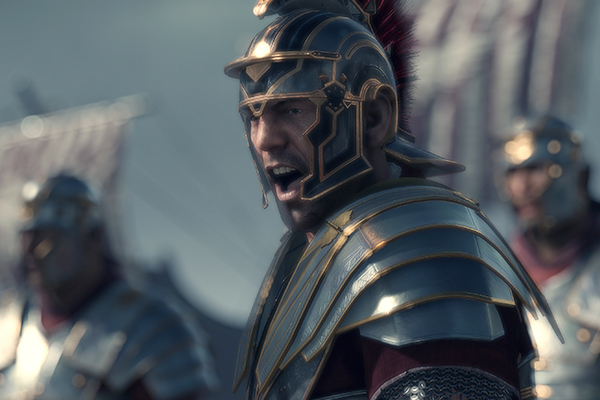 Unless you've been living in an abandoned fort with no Wi-Fi connection, there's a good chance you will have encountered Ryse: Son of Rome in some form or another this week.

Our Xbox One exclusive is now just two weeks away from launch, and the past few days have seen a wealth of Ryse-related content hitting the web as November 22nd approaches.

The fun started with entertainment network Machinima airing the first in a series of exclusive live action shows based on the Ryse: Son of Rome game world. A further episode followed a couple of days later, with two more to come on Monday and Thursday next week. Check out the (mature) trailer below for a taste of the spectacular dramatization, titled "The Fall", and watch the show itself over at Machinima's YouTube channel.

Adding to the wave of content, this week also saw the world's gaming press publishing fresh previews of the game following recent hands-on events around the globe. Polygon's Colin Campbell will be putting his money where his mouth is when Xbox One launches: "For whatever it's worth, I'll say this: a few days after my demo I finally got around to pre-ordering an Xbox One. I bought the Ryse bundle." Likewise, Alastair Stevenson from The Inquirer was left wanting more: "… our opening hands on time with Ryse: Son of Rome left us very impressed. The game brims with potential, featuring what appears to be a subtly deep brawler combat mechanic that's balanced with strategic squad command elements."

These first impressions where in harmony with the judging panel at the prestigious Paris Games Week, who named Ryse "Best Action Game" across all platforms on Monday.

And, if all that isn't enough to whet your appetite, Ryse was also the focus of an in-depth new video looking at the game's free-flowing combat system. Watch that one below for a detailed insight into how you can distribute a particularly grisly band of gladiatorial justice.

With just 14 sleeps until players everywhere can finally experience Ryse for themselves, expect lots more exciting content to tide you over until the big day arrives! And if you still need a little something to fill the Ryse-shaped hole in your life before then, the most recent installment in our Revelations of Ryse interview series is well worth checking out.