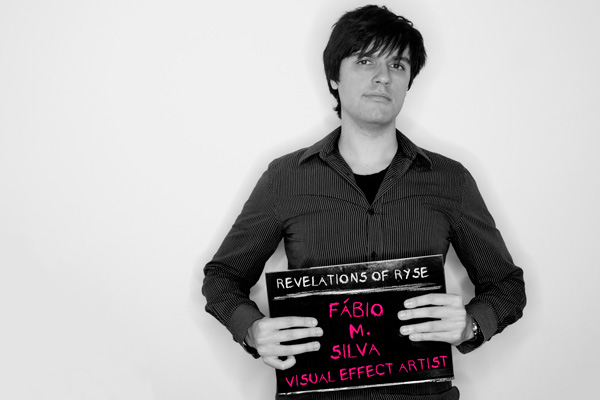 What goes on within huge teams of artists, developers, and managers? What are the ups and downs of game development? What challenges are associated with a new generation of hardware and graphics? Revelations of Ryse is a short series that aims to provide an inside look at the development, teams, and planning of Crytek’s Xbox One release title Ryse: Son of Rome, due November 22nd.

Fábio M. Da Silva is an FX Artist for Ryse. He has been passionate about videogames for almost his entire life, seeing them as a platform to tell the stories he wanted to tell. Although he learned programming as well, the visual part of games – from animating to modeling – connected more to him. Fábio started at Guerilla Games with Killzone 3 and Killzone Shadow Fall. But being a Far Cry and Roman Empire fan, the chance to work on Ryse: Son of Rome at Crytek was one of a lifetime.

Being an FX Artist in a large team means that many disciplines have to come together to achieve the overall vision of the project. “I never really know what I’m doing during the day,” explains Fábio. “I may be blowing something up or work on a particular area, but I can also be supporting the lighting guys (if they, for example, need torches to light a specific spot), working with the level designers to tie effects in with the gameplay, or achieving an effect for the game’s cinematics. It seems hectic, but thankfully we receive lots of feedback in terms of mood and balance to help unify the high-level vision of Rome, and to make sure we have a cohesive and believable world that stays true to its own rules.”

Feedback is one thing to achieve immersiveness, but Ryse is also created by incredibly talented artists who are all aware of the overall product and what they are trying to create. “Our tasks are distributed based on specialty; not that we can’t all do a good job at different things, but some of us simply enjoy something or are more naturally apt to do something compared to others. I personally prefer to handle FX for single player and cinematics, with elements such as fire, smoke, or explosions.”

Self-criticism to Fábio is both a positive and negative factor in his job. “As an FX Artist, it’s hard to be critical to something you have worked so hard on. Optimizing and integrating is really difficult, as you sometimes have to ‘destroy’ a part of your work to make the overall product better. But at the end of the day, when I see the trailers and the community’s reactions, that’s the best part; when people notice the little details that we’ve worked so hard on!”

Sharing the sentiment with many others in the Ryse team, the unknown territory of a new console can seem pretty overwhelming at times. “A completely new IP on a new system, with a team built from the ground up, and having to create this game as a launch title… All summed up, I believe it’s a huge achievement. It was also really hard to be so secretive and not being able to show the world what we’d been working on before E3 this year.”

But thanks to not only Fábio’s but the entire team’s dedication, Ryse is nearing completion and bound to deliver a unique and innovative gaming experience. “Just its setting alone is outstanding in my opinion,” smiles Fábio. “A game about the Roman Empire with centurions, shields, beautiful armor, and lots of brutality. How cool is that? I was a bit skeptical about the Art Deco twist of the Roman vision at first, but now I see Marius’ armor design and think it looks awesome!”