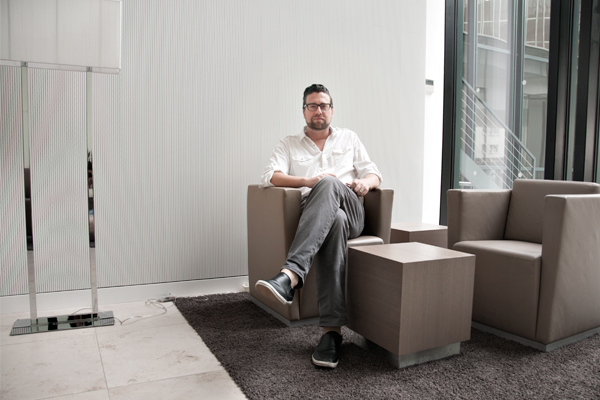 Impressive visuals and an immersive gaming experience have always been driving forces behind Crytek’s games; Crysis, Warface, and the upcoming Ryse: Son of Rome rely heavily on beautiful environments, characters, and creatures created within the CryENGINE®3. One of the key roles in ensuring the aesthetic quality of the game is that of the Art Director. For Ryse, this is Patrick Hanenberger, who recently joined Crytek after an exciting career in the entertainment industry.

“I have always been an avid gamer,” says Patrick, who has played on almost all consoles since childhood, starting with the Commodore 64. “I was always using my imagination, with drawing and building sets, so I developed a great interest in art and design as well. It took me a couple of years to get into the entertainment industry though, since there were very little schools that offered that specific sort of education. Instead I studied Industrial and Graphic Design at the University of Michigan (later also at the Art Center College of Design in Pasadena), during which I did several internships – most notably at Pixar Animation Studios, where I worked on The Incredibles and eventually fell in love with CG animation. CG movie making is the best because you get to create everything from scratch. So after finishing school I got a job at DreamWorks Animation, where I worked on movies such as Over the Hedge, Bee Movie, Monsters versus Aliens, and Rise of the Guardians, on which I was the Production Designer.”

Aside from this daytime career, Patrick kept himself busy with teaching, working part-time as a concept designer, writing a book (Kolonie: the Forgotten Empire), and other freelance jobs. After his time as a Production Designer, a job rather similar to being an Art Director in the gaming industry, he wanted to scrap another item from his bucket list: making videogames. “I was at the point in my career where I just finished this massive budget movie and started to think about what was next. To me that meant improving the way visual worlds are built, so I stumbled back into gaming because I was doing a lot of research on rendering and production workflows. Upon seeing the “Tessellated Toad” tech demo from Crytek, I became really interested and contacted the company. I thought that this could really be the merging between how movies and how games are made, and that I could bring my structured process from the movie world into the game world and in return learn the game tools, which are a lot more fluid.”

Since the Ryse team was looking for an Art Director, it seemed like the golden opportunity Patrick was waiting for. He met the team and instantly fell in love with the people and their level of ingenuity. “People were constantly feeding the game! Someone came up with something cool, implemented it overnight, and the next day it was already in the build. I came from a world where everything was really gated, so this open source workflow fascinated me.”

While finishing up his work on Rise of the Guardians, Patrick worked from the USA as a visual consultant on Ryse, laying out the color script and working with the lighting team and environment artists to implement those palettes into the game. As soon as the movie was finished, he came over to Frankfurt to work as a dedicated Art Director. “I’m currently helping to finish the game and enjoying the final stages of the process,” says Patrick, who has been working closely with other visual stakeholders Peter Gornstein and Rasmus Hoejengaard from Crytek, and Habib Zargarpour from Microsoft – as well as with the rest of the talented team at Crytek. “Being an Art Director means being in charge of the look of the game, which involves lighting, environment art (set building and dressing), matte painting, UI graphics, character art, FX development, and basically making sure the overall game is immersive for the player. Immersiveness is the product of an equation where set design and art direction support narrative and gameplay, and vice versa.”

Ryse: Son of Rome is a stunning action-adventure game for Xbox One, presenting a cinematic recreation of the Roman Empire in beautiful detail. “I think the core concept artists did an amazing job re-envisioning Rome. They came up with this idea of an Art Deco Rome, which is very ornate, decorative, and fantastical. It means that we’re enhancing ornaments and patterns, and making Rome richer in details than it actually was. There’s a whole level of history in the game, making it feel as if you are truly in the midst of these environments. There are calm moments where the player discovers ancient tombs or a hidden oasis, and then suddenly stumbles upon a big mount of sacrificial dead bodies; that contrast between the brutality and horror of war and the beautiful setting and history is a lot of fun to play with.” 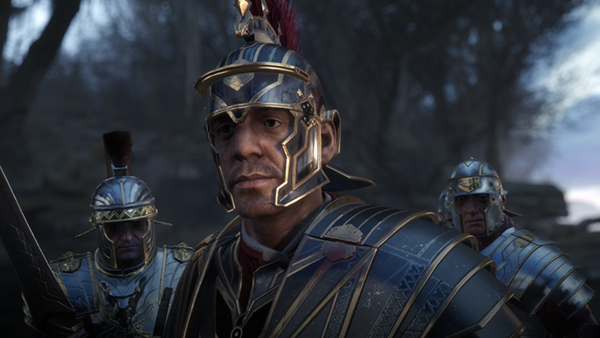 With Ryse being a new IP and a launch title for Xbox One, there are some challenges that arise concerning the visuals. “I think the biggest challenge is that we want a really subtle look that is grounded in reality and immersive,” Patrick continues. “It has a very cinematic feel but we also want to tap in 10% of what the mythology was like at the time. It’s a fine line in embedding these fantastical and mythological elements within a real historical background. Of course it’s also a big undertaking because it’s next-generation technology, a new console, a release title… There are big expectations, but we’re fully confident that we’re going to deliver an amazing piece of work, and the pressure makes it really exciting!”

With a history in teaching, Patrick approaches his role as Art Director as being a mentor-figure. “I like to provide my team members with firm guidelines but allow them a ton of creative space to explore. It’s like building a greenhouse: my job is to put the soil down and make sure the flowers and plants can grow in the best possible way, protecting them from outside influences. It means I have to do my research, to make sure that when I give someone an assignment that I know what it is I want. It’s all about establishing parameters, but always leaving room for interpretation and creative freedom. In short, it’s about respect and empowerment; everyone respects the process and each other’s work, and is empowered to make decisions on their own. I’ve learned a lot from being a teacher: instilling confidence, providing them with skills, and establishing a trusting relationship with firm boundaries.”

That nurturing approach is something Patrick, being an enthusiastic workaholic constantly working on multiple projects at once, also has to follow himself in order to be inspired. “A creative mind needs rest and exercise just like the body does. My biggest influence for work and creative inspiration is travelling. I like looking at other artists – I love the work of Khang Lee (Hawken, Adhesive Games) and Richard Taylor (WETA Workshop, The Lord of the Rings) for example – but there’s no way you can design if you don’t go out and see the world. I keep sketchbooks and journals when I travel for visual documentation. To build a visual library, you have to draw things; taking a picture is passive, whereas when you draw it will stay in your brain via visual memory. I always say that if you want to create output, you need input first! By drawing you create visual richness in your imaginary world.” 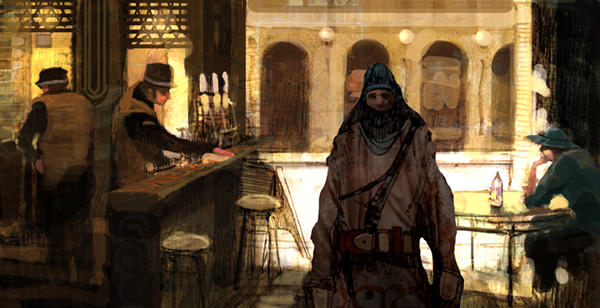