WarpSpeed 29. April 2006
Source: CryMod.com
Today we want to introduce two new singleplayer experiences to you. The first one is called "Fueltank Mod v1.0" and has been created by short_Y. In the beginning you will spawn without any weapon. So your first goal is to get a shooting iron and then you need to clear out a mercenary outpost. After that you'll have to make your way towards a fueltank that needs to be destroyed in the end. On the way towards the main mission objective you should look out for the secret places hidden overall on the map!

In the second map, which is called "Sewers" and was created by Sniper, the player is a member of the special forces delta team. After the player has infiltrated the sewer system of an enemy bunker he needs to paralyze the whole complex so that his team mates can successfully accomplish their planned invasion. Next to the main gas line that supplies the whole bunker two power generators need to be destroyed. The main mission objective is to shut down the reactor core. During these missions the player can expect nice bunker complexes and sewer systems combined with exciting gun battles and a nice flair! 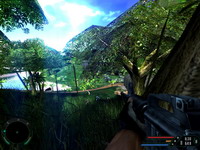 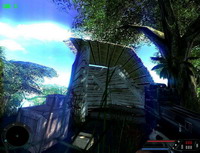 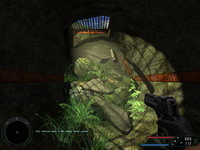 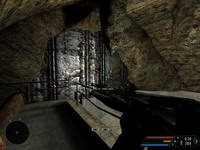