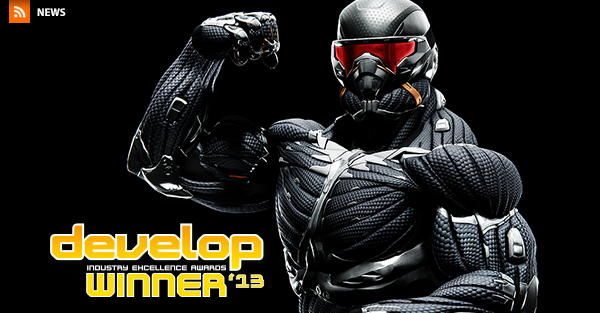 Taking place in Brighton, the Develop Awards are the only peer-voted prizes for UK and European games developers which focus purely on creativity, teamwork, and inspiring innovation. Over 500 people from companies around the world were in attendance Crysis 3 walked away with the top prize in the competitive Visual Arts category.

The game was released in February this year, and continued the series trademark blend of diverse sandbox gameplay, thrilling action and barrier-raising visuals. Crysis 3 is set in a dillapidated reimagining of New York City, where the slow creep of nature and destructive impact of war has altereted the landscape to dramatic effect. Players assume the role of Prophet as he explores the city’s spectacular seven wonders and battles both human and alien foes bent on his destruction.

See the game in action and find our more at www.crysis.com.