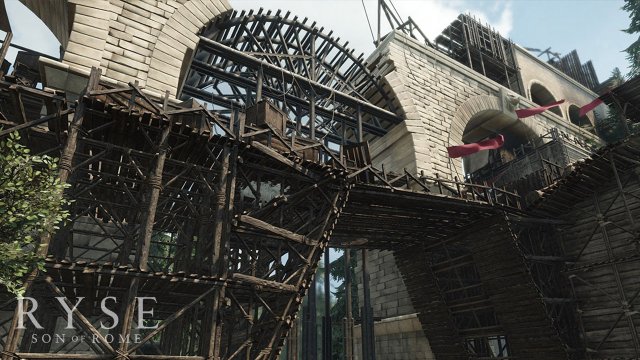 GENERAL:
- Brand new world! Forget all you knew about the open-world of Wolcen, because we’ve changed everything. This new open-world is still in its early stage, but we’ll update it each time we’ll add quests and content.
- New quests ! You now have access to roughly half of the first act, a better tutorial, and although true boss-fights are not ready yet, the quests themselves are better and longer than before so we hope you will enjoy them. Secondary quests will come later and will lead you to explore each corner of the map.
- Lots of new characters, both friendly and unfriendly ones !
- Cloud mode servers have been moved to France (previously in Australia)

CHARACTERS:
- New enemy : Beware of the unpredictable Grave Digger ! He’ll use his shovel to dig all sorts of things to launch at you, but mostly other Undeads. He is sort of the Grave Keeper’s angrier and older brother.
- New enemy : The first boss of act 1 is in, Halaku, the dreadful Bones Lord. Although we’ll improve the bossfight in the future with more attacks and patterns (and boss phases), this is already a powerful foe and the first true boss of the game.
- New enemies : The Corruption has spread to the East, and bring forth a terrible army. While slaughtering the Corrupted Warriors and Berserkr will be quite straightforward, handling the mighty Juggernaut or the dangerous Slug could be a challenge for those who are not prepared.
- New enemies : In the Hailstone bay to the North, the constant low temperature has affected some of the resident creatures in a bad way. There, you’ll find new variants of enemies you already know, sharing an affinity to the cold : the impressive Ice Crusher, the deadly Storm Keeper and the Iced variants of the Pithus and Pithus Warrior.
- New enemies : The existing Pithus have been reorganized and a few members have been added to the family. We now have the regular Pithus, the Pithus Warrior, the uncatchable Pithus Outrider and the venomous Pithus Spewer and Infector.
- New enemies : the new Skeletal Guards and Warriors serve as the bulk of the Bones Lord army and although they die easy, don’t underestimate them when they’re in large groups.
- New NPC : Seren

ENVIRONMENT:
- Regarding the work that has been put in the new open-world, it would be hard to list the bulk of the environment changes. Anyway, you’ll find that most areas are now more readable and clearly defined, sometimes using biomes or color-grading, and that they contain many new assets.
- Chests : since we want to reward exploration, the new open-world contains many chests, sometimes hidden ones, so that you won’t need to farm Dungeons to find interesting loot. We’re currently working on many different types of containers (furnitures, trash, cadavers, etc.) in order to give chests a better variety in the future and a better readability gameplay-wise (ex: equipment racks that only loot weapons or armors, etc.).
- Indoor locations : We’ve added a few indoors areas to the world, and will design a lot more in the future, so that the total walkable surface of the game will be even bigger and exploration will be more interesting. They can be randomly chosen (ex : house cave) or static (ex : pithus dungeon) and will contain their fair share of rewards and foes.
- New automated Doors system with one-sided Doors that can serve as shortcuts.
- Various signposts have been placed in the world, indicating the location of main areas.
- Fixed the issue that caused some players to encounter invisible walls in dungeons
- New Dungeon : Pithus cave
- New Dungeon : Ancient Civilization
- New Dungeon : House Cave
- We now use a progressive system for time. This can result a more flickering shadows, but we are working on a fix for that.

LOCALIZATION:
- The Quests file has been wiped and replaced by a new one containing all the new dialogs and gameplay strings. This represents almost 200 new lines.

GAMEPLAY:
- Visual spawners : the new world now contain advanced spawners that are represented by objects (tombs, eggs, etc.) that look just like regular props, but will start to shake when you are near and explode after a short time, revealing the enemy they contained. We hope this will bring diversity to the regular enemies that just happen to raise from the ground, and maybe surprise the careless adventurers.
- Spreading Nodes : in certain areas of the world, you’ll find entities that extend their influence on the ground over time and endlessly spawn foes. You’ll need to destroy them quickly if you don’t want to be overwhelmed, but keep in mind that you can’t use them to farm experience or loot because the node only will reward you, not the enemies that it spawned. But know also that those rewards get better the more advanced is the progression of the node when you destroy it, so it may be interesting to let it extend, survive the spawned enemies, then destroy it when it’s the strongest.
- New Support AI : the way following allies (ex: Brother Leon) behave has been totally changed and this is a first step in the direction of interesting pets or mercenaries.
- Traps have been added to the game. You’d better watch your step if you don’t like being stunned, burned or if you don’t want to die prematurely.
- Monster density has been overhauled and spawn locations carefully chosen.

GENERAL:
- New minimap in dungeon !
- New Dash system! It is now a short range teleport with a warm up animation. Includes particles and sound!
- Items left on ground will now be automatically removed after 24 in-game hours
- Minimap overlay toggle, force move, force attack and item comparison left/right switch keys have been added to the keybinding menu

UI:
- Small CPU optimization related to on ground items name display UI
- New spell icons for Conflagration and Holy Dive.
- Fixed the bug that caused characters to lose all their attribute points after resetting stats
to the lore master then clicking on cancel
- Level 0 rings, amulets and capes bug has been fixed. Note that items dropped previous to
this fix will still be displayed as level 0.
- Rebinded skill shortcuts are now properly displayed in the skill bar

HOUSING:
- Fixed a bug that caused walls on the border of the map to not be removed when removing the floor under it
- Fixed a placement bug for wall furnitures that allowed to place paintings on ceiling chandeliers
- Fixed a bug causing items stored on the mannequin not to be saved properly

ITEMS:
- Tweaked effects and randomness of item qualities.
- Fix some parts of the lightning staff combo not inflicting the weapon’s damage.